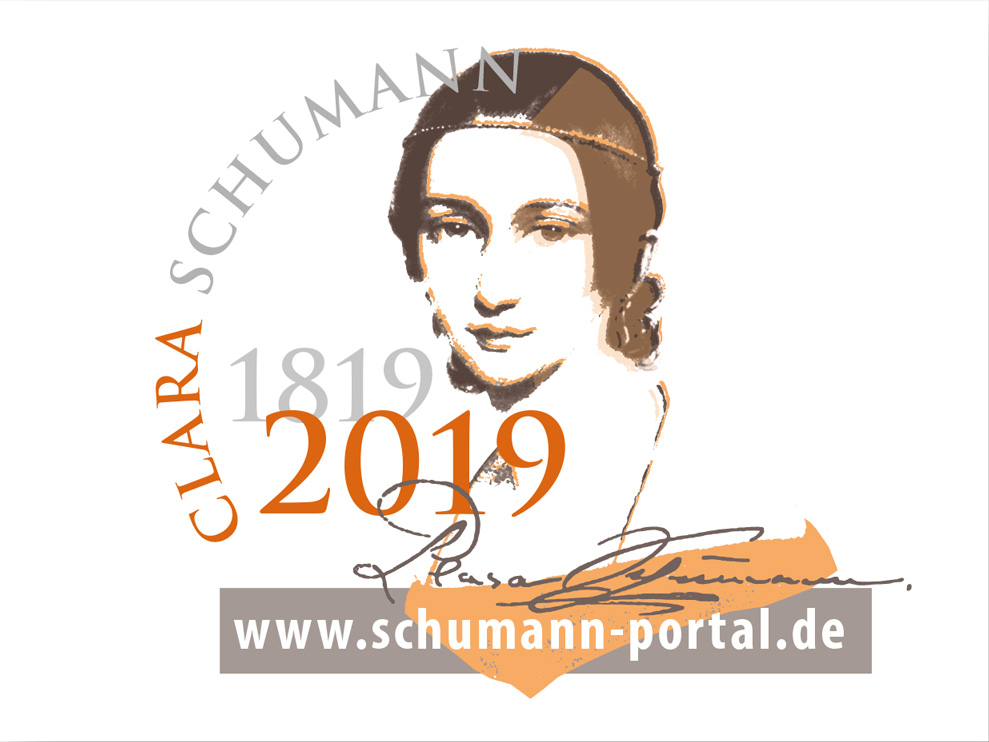 Since the Clara Schumann anniversary year 2019, each event with a Clara Schumann-composition
(cf. https://www.schumann-portal.de/Events.html)
is marked with a blue Clara icon.

On the occasion of the 200th anniversary of the birth of Clara Schumann, not only the Schumann towns were making their plans but planning of all kinds was going on elsewhere, too, and new recordings were released with a view to the anniversary year 2019. In Leipzig, Clara Schumann’s town of birth, the town of the beginning of her child prodigy career, the starting point of her international pianistic career, the place where she met Robert, the place where she got married and of the first years of marriage with the birth of the two oldest daughters, planning has progressed considerably since 2016/2017. All about the Clara-Schumann-Anniversary 2019 cf. vgl. https://clara19.leipzig.de/